How to Draw Superman

Before drawing superman lets talk about superman and History Of Superman.

Superman is a fictional superhero come into view in American Comic Books published by dc comics. The character was created by writer JERRY SIEGEL and JOE SHUSTER. Superman debuted in action comics dated June 1938 so here we can conclude that superman is one of the oldest superheroes we got.

Artist John Romita Jr. has been a heroic name in comics now for over three decades, providing art for classic and authoritative runs on comics like Iron Man, Daredevil, Uncanny, X-Men, Thor, Amazing Spider-Man, Avengers and many many others.

After nearly three decades being almost totally synonymous with marvel comics, he moved to dc comics in 2014 and starting a runs on Superman with writer Geoff John. Introducing new costume for Man Of Steel

the rise of Superman is the scenario that relates superman’s arrival on the beginnings of his career as a Superhero.

HaHaHa!!! sorry for a quiet boring lecture but now I must say it would be enough to know about superman.

What You Will Need To Draw Superman Sketch

You may also visit: –
How to Draw Batman Logo

How to Draw Superman Face

How to Draw a Rose

How to Draw a Sports Car

NOW it’s time to Learn How To Draw Superman

Take a white drawing sheet and to draw Superman, first draw a horizontal and a vertical symmetrical line with the pencil using light strokes for the better arrangements of superman body part. 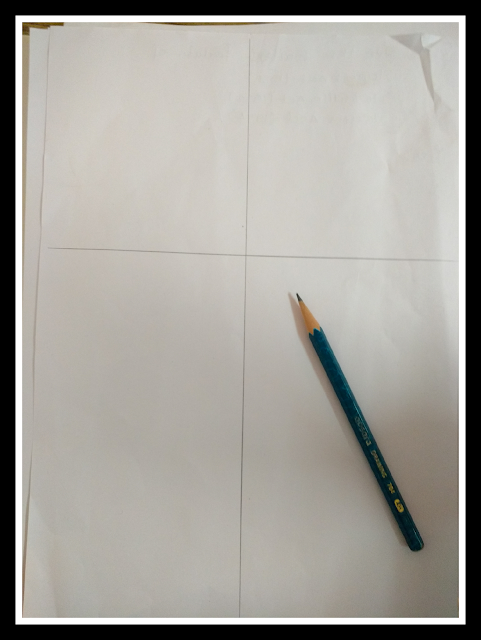 Now make a square on the vertical line at the top for the superman face.

Do remember the base of the square would be slightly at an angle (2degree to 4degree) because here am drawing superman sketch with a little bit bent head. An example is given below.￬￬￬ 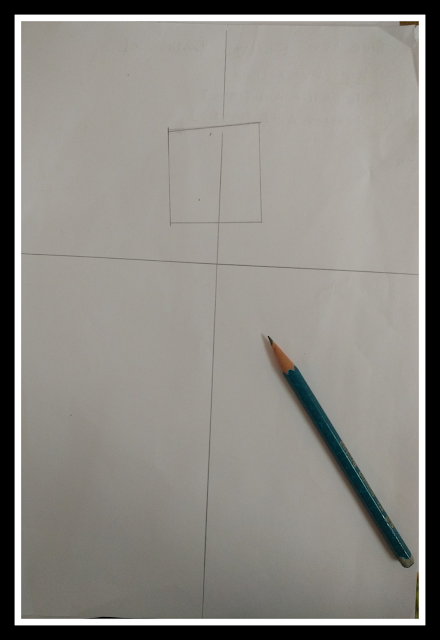 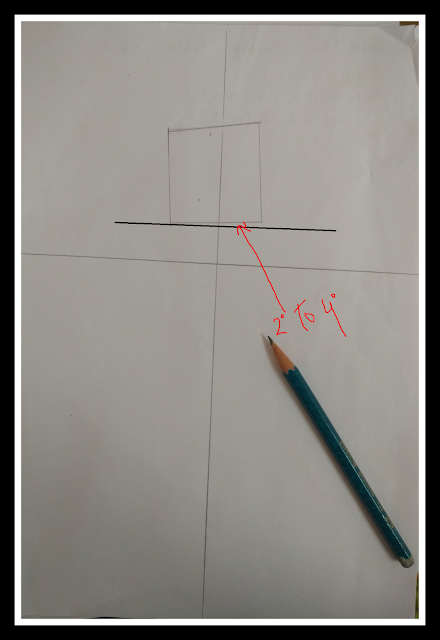 Gently rub the horizontal and vertical line along with the square, to make them lightly visual. Now it’s time to make Superman face, we can draw his face in the square region as shown in the figure. ⬇⬇⬇ 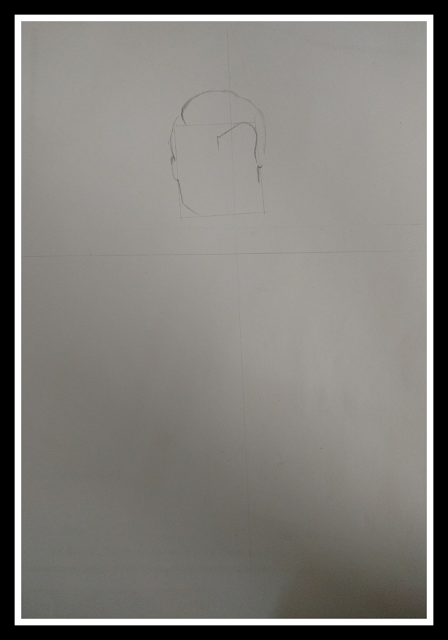 Step 1. To draw a Superman face, draw a circle on the drawing sheet. 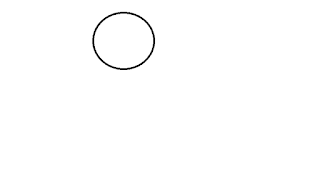 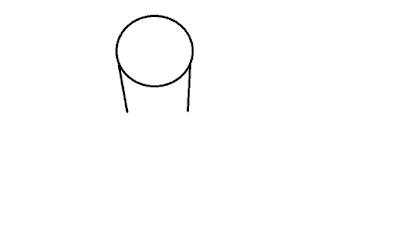 For more➤ How To Draw Superman’s Face ⬅ 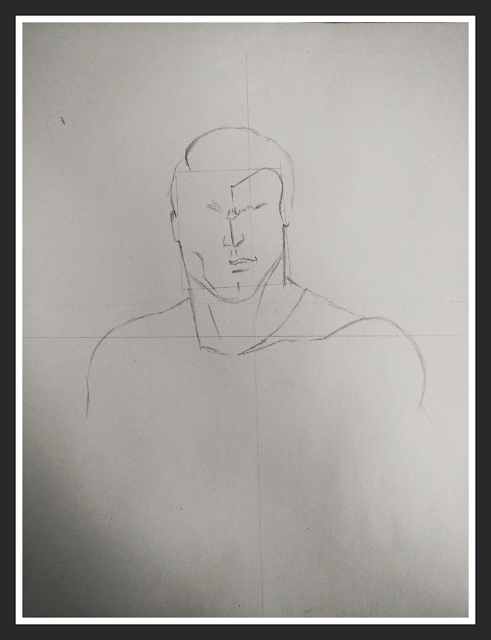 Now draw further body part. Draw superman logo or you can say superman symbol. abs and muscular hand. Use a pencil to draw the rough sketch. So, ahead you can edit it. 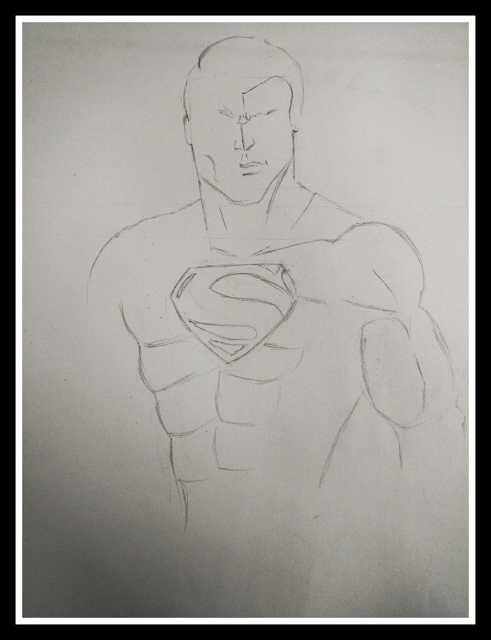 Usually I do shading in the last but here I am doing it side by side for better ease and mobility.
Now it’s time to shade our superman face. While shading the face keep in mind you need to be very accurate because a little mistake can ruin your superman face!
Here I am using a Blackball pen and Pencil for shade superman full body.
We will keep it doing step by step from the face(head) section to the lower body.

Now, start shading from the top of the head. 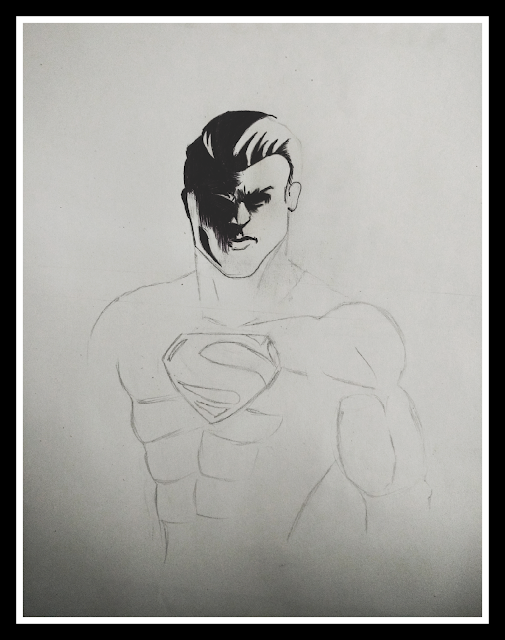 Shading technique you must follow to enhance the look of the superman – For Darker region use the black pen and for lighter shading use pencil. 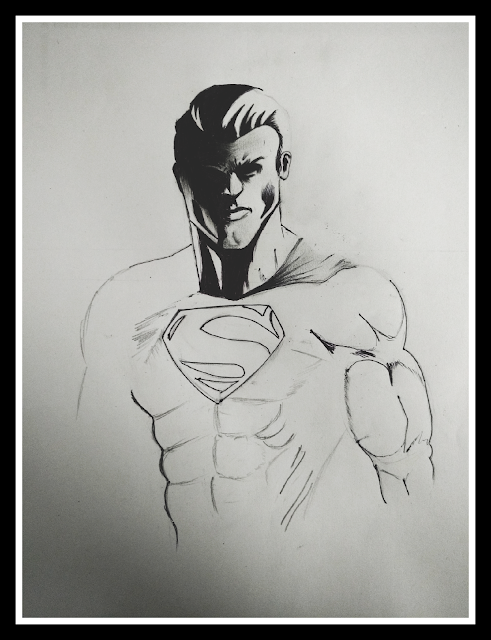 Note:-you can pre-mark the region of the superman body where you want to do dark shade for easy and comfort further ahead while shading your superman. 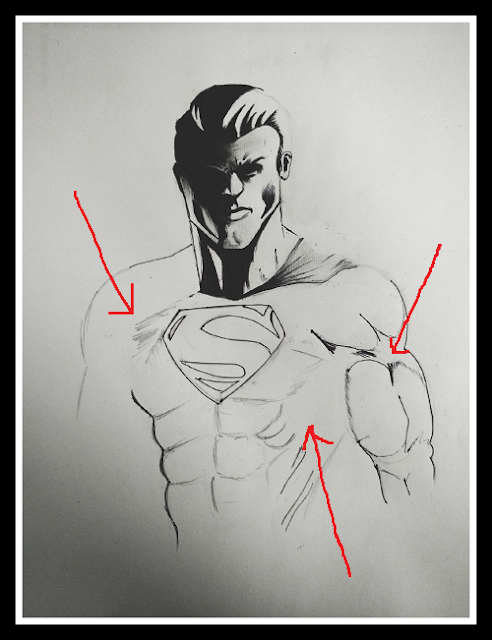 As I mentioned in step 7 pre-mark the region where you want dark shade. Start doing it.

Use the black pen for shading dark region of the superman body, specially while adding shade to the superman logo or symbol. As you can see in the image below￬￬￬ 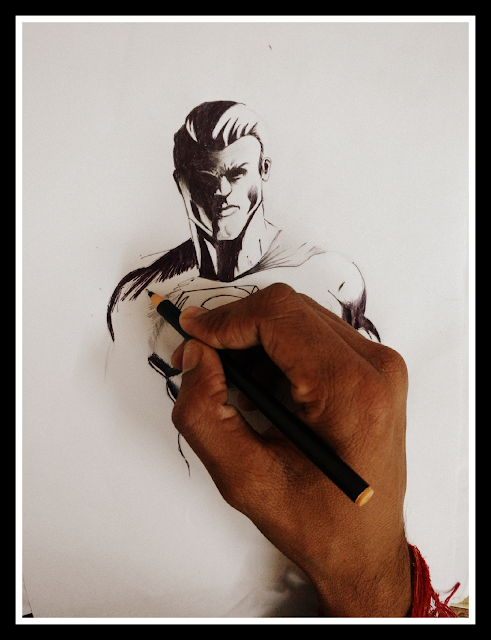 As you can see here I am following the steps 7 and 8. Shading the dark region using a black pen and also using strokes of pencil for giving my superman sketch a dynamic look. 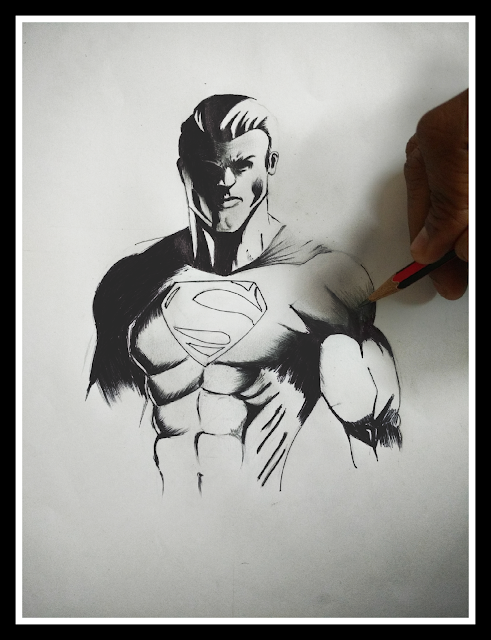 Now here comes the most interesting part. Drawing Superman Logo. Here I suggest that you can shade the symbol S of superman darker using a black ball pen. 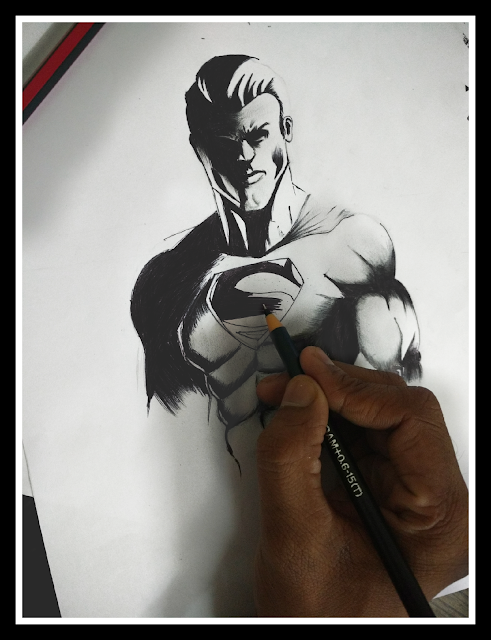 Superman easy Sketch is about to be completed!

Just finished it off for the final touch up. 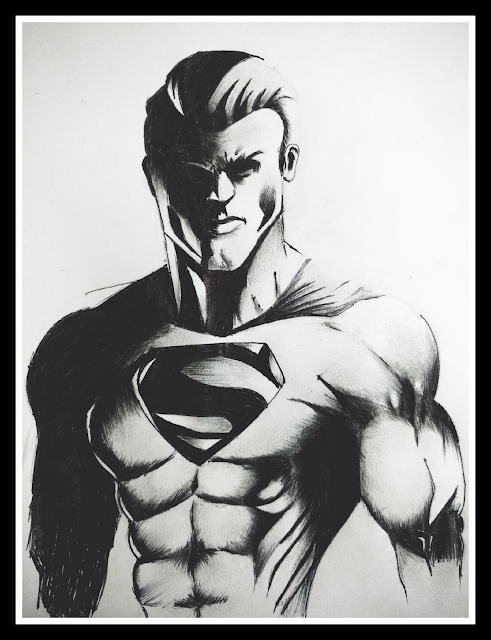 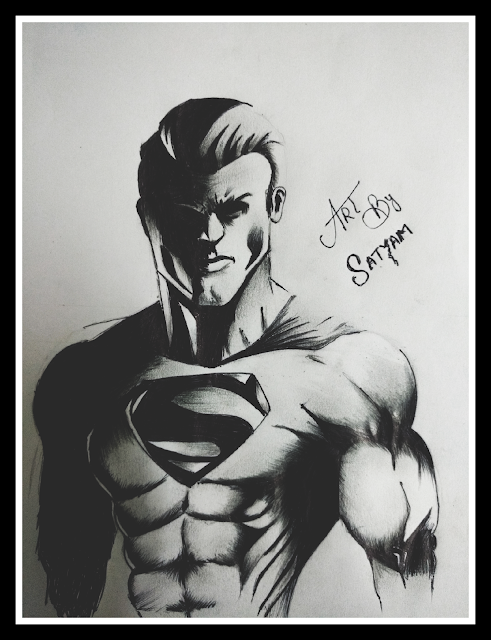 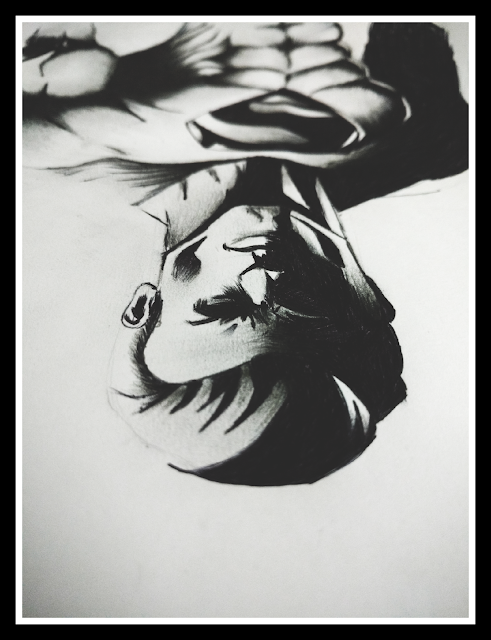 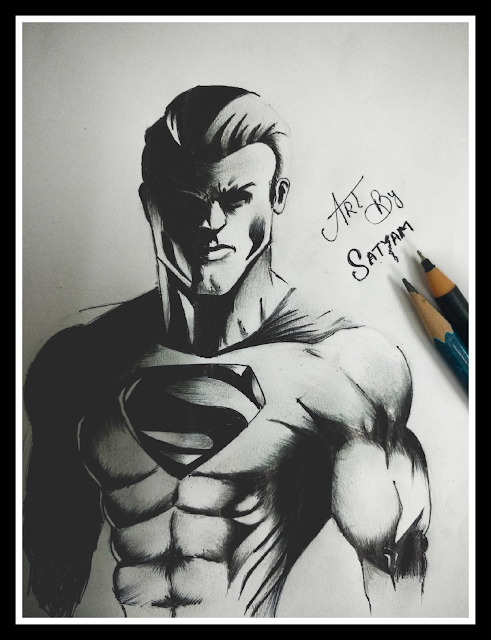 This tutorial is on How to Draw Superman, I hope you got all the steps and always practise it so you don’t mess up with the drawing and keep practising on this tutorial and post your stuff below in the comment box.

1. Initially use pencil for rough sketch of Superman.

2. Only use pencil and black pen for more vibrant look.

3. Use the black pen for shading darker region and pencil for the lighter region.
For any query and problem comment below⬇⬇⬇

0 thoughts on “How to Draw Superman [Easy Drawing Hack]”